Founder and Artistic Director Pandit Chitresh Das is one of the world's most renowned masters of Kathak.

The Chhandam School of Kathak is the largest Indian Classical Dance School in North America, with branches in the Bay Area and affiliated schools in Boston, Toronto and Calcutta, India.

The Chitresh Das Dance Company is comprised of dancers whose abilities exemplify Pandit Das’ emphasis on the technical, graceful and dramatic aspects of Kathak. With a repertoire ranging from an exploration of the rhythms of North and South India (Pancha Jati), stories and moving images of the lavish courts of India (Darbar) to the pure dance energy of Tarana, the critically acclaimed Chitresh Das Dance Company continues to captivate audiences internationally. The choreographic vision of Pandit Das is evocative and powerful, bringing both the richness of ancient India and a fiery, contemporary sensibility.

In 2014, Pandit Das' collaborative performance of India Jazz Suites with tap star Jason Samuels Smith was the featured in the documentary film Upaj: Improvise, which was broadcast on PBS.

Mission: The Chitresh Das Dance Company & Chhandam School of Kathak was founded in 1980 and is dedicated to the preservation, promotion and education of Kathak dance and Indian culture. Based in San Francisco, the company performs internationally and most frequently throughout the US, Canada and India.
Social
Website
Causes
Arts & Culture
GivePulse
2 People | 0 Impacts | 0 Hours 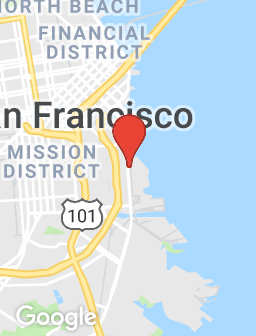