My Yute Soccer (MYS), created in 2008, has been providing free soccer camps in Oakland for children since 2008. It is the brainchild of Rovel Sparkes, who played soccer as a kid in the streets of Kingston, Jamaica.

Sparkes has fond memories of playing street soccer growing up in his neighborhood in Kingston, Jamaica. "I had such a beautiful childhood," said Sparkes, "I wanted to create the same thing here." He envisioned creating an opportunity to share his skills and talents as a player as well as a vehicle for building community.

After watching the 2006 World Cup in Germany on a long flight back to California, he decided to do it.

Sparkes noted that fees for participation in local soccer clubs is prohibitive for many families and access to experienced coaches is limited. He started by enlisting help from his fellow adult league players to set up a free soccer camp for local area youth from diverse socioeconomic backgrounds. He quickly got a group behind the idea and they began at a grassroots community level, raising money through t-shirt and hat sales as well as pledging their time as volunteer coaches.

The first soccer camp took place in summer 2008, MYS became a registered 501(c)3 in November 2008 and has since earned an East Bay Express Best of the Bay award 2010 and the Oakland Innovator’s Award 2011.

MYS, with help from the community and local sponsors, has provided free soccer camps to 247 children since 2008 with experienced and talented players and coaches. In 2011, after receiving the Oakland Innovator’s Award, MYS "popped up" in schools across Oakland, California, and provided free mini camps for over 60 children and its first paid internship opportunity for youth mentors.

In 2011, in addition to the week-long camp held during summer break, My Yute Soccer was able to expand to provide a series of age-specific day camps thereby increasing the number of children who can access this program.

By providing week-long free soccer camps for children ages 6 to 12 and a mentor program for adolescents ages 13 to 18, My Yute Soccer actively engages children, giving them access to a diverse social, economic and cultural environment with an opportunity to experience "the beautiful game". 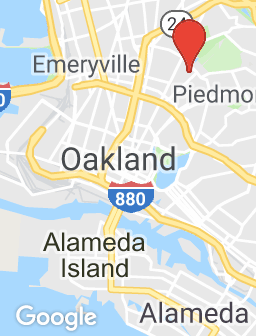