Outstanding contemporary choreography is the hallmark of Company C Contemporary Ballet, which is led by founder and Artistic Director Charles Anderson, a former member of the New York City Ballet.

Based in Walnut Creek, CA, the thirteen member ensemble of classically trained dancers presents a moving, provocative, sensual, and entertaining repertoire of contemporary choreography. This repertoire includes works by some of the most accomplished contemporary choreographers of today, including Twyla Tharp, Paul Taylor, Antony Tudor, David Parsons, Michael Smuin, Lar Lubovitch, Daniel Ezralow and Val Caniparoli, among others.

In 2008, the Company premiered Twyla Tharp’s Armenia at San Francisco’s Yerba Buena Center for the Arts and in 2010 was the first company given the honor of performing Ms. Tharp’s Surfer at the River Styx. Also in 2010, the Company was named one of "25 to Watch" by Dance Magazine and locally, the Company’s work has been nominated for seven Isadora Duncan Awards and was named Best Dance Troupe in the East Bay by Diablo Magazine in 2006, 2007, 2008 and 2010.

In 2012, it will perform these two programs for audiences in Walnut Creek, San Francisco and Castro Valley, CA and in May, 2012, the Company will also perform at the Skirball Center for the Performing Arts in New York.

Mission: Company C Contemporary Ballet’s mission is to present a repertoire of choreography, contemporary in nature, that is moving, provocative, beautiful and entertaining. The Company celebrates individuality and diversity in its performers, choreographers and movement styles, which are united by the common language of ballet.
Social
Website
Causes
Arts & Culture General Education
GivePulse
2 People | 0 Impacts | 0 Hours 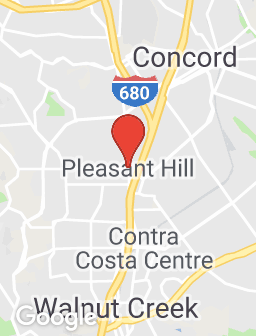