Built in 1891 in a region of rich Blackland Prairie soil by Hunter Farrell for his wife Mary Alice and daughter Ammie, what is now known as the Heritage Farmstead Museum was a pretentious, yet practical, farmhouse. Its elaborate jigsaw trim was characteristic of the time; wrap-around porches and north-south orientation with opposing doorways satisfied the need for shade and cross-ventilation in a period before air conditioning. Together with three barns and several outbuildings on a 365 acre spread, this homestead was definitely a showplace.

Hunter Farrell was a successful businessman in Collin County whose expanding business often took him away from home. Over time, Mary Alice Farrell took on full management of the sizable wheat farm operation. After the Farrell’s' divorce in 1928, Mary Alice and daughter Ammie retained ownership of the homeplace, which one or both of them ran as a farm until 1972.

At age twenty, "Miss Ammie" married Dr. Woods Lynch and had a son "Little Hunter," her only child, before divorcing a few years later. Her subsequent marriage to Dudley Wilson lasted 53 years. Miss Ammie is best known as a champion sheep breeder. Up until her death in 1972, she consistently won prizes for her animals at major stock shows. Ammie Wilson was a successful woman in a male-dominated business - a true pioneer.

Soon after Miss Ammie's passing, the Plano Heritage Museum was formed to preserve the home and grounds. After a seven-year, 1.2 million dollar restoration, the Heritage Farmstead Museum opened its gates to the public. The Heritage Farmstead Association works to preserve, teach, and demonstrate the past to more than 30,000 visitors annually. Transformed into a living museum of agricultural history, this 4.5 acre historic farm complex has been awarded designation by the Plano Landmark Association, a State of Texas Historical marker, and a listing in the National Register of Historic Places. The Association has received accreditation from the prestigious American Association of Museums. 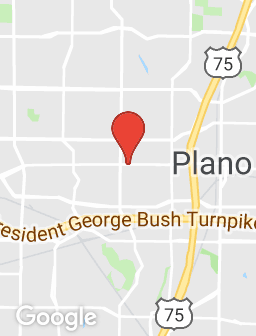