The whole idea for FTFNE started back in 2011 when we were reading about this new trend in dining out called "food trucks". They were big in LA. They were parked in NY. They were hot in DC. And, they were just starting to arrive in New England. Our first festival in Plymouth, MA featured eight trucks...the only eight we could find at the time...and 4,000 people showed up. We were stunned. Then came our second. 12 trucks and 6,000 people. Wow. Then our third. 18 trucks and 10,000 people. At that point, we knew we were onto something and FTFNE was born.

In 2012, we held seven festivals. Again, people came by the thousands to Boston to Newport to Worcester to New Hampshire. By this time our list of eight trucks had grown to more than 200. We had media partners and corporate sponsors. Food. Truck. Fever. Everyone was catching it!

So here we are about to create our 2013 tour of festivals...five pounds heavier than we were when this all began in 2011 but confident that Food. Truck. Fever. is here to stay.

In June 2103, our second season kicked off with a huge success in Kendall Square, Cambridge MA. But that's just the beginning! With five more festivals this season, we're sure to spend the summer feasting on the fabulous food these trucks bring to the community.

Mission: Our goal is not only to introduce communities across the country to the booming phenomenon of gourmet food trucks, but to support the small business owners who run them. We aim to create destination events that feature the trucks and the food they serve.
Social
Website
Causes
Arts & Culture Community Media & Broadcasting Sports & Recreation
GivePulse
1 Person | 0 Impacts | 0 Hours 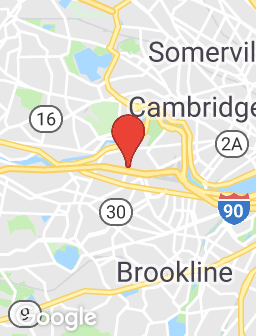