The All Hands story began in 2005 when, as a result of the devastating effects of the tsunami in December, 2004, businessman David Campbell headed to Thailand to see how he could help. His intended one week volunteer visit turned into a one month stay, during which he became one of the founders of HandsOnThailand, which, over a 3 month duration, brought more than 200 volunteers and several hundred thousand dollars to assist the rebuilding of five Phuket fishing villages.

After hurricane Katrina hit the Gulf Coast of the US in 2005, David joined with several other HandsOn volunteers to establish HandsOnUSA. One week after Katrina, the team had an operations center in Biloxi, MS, 50 volunteers committed and en route, and dozens of community re-development projects launched. In total, more than 1,500 volunteers helped HandsOnUSA serve the survivors of Katrina during the 5-month deployment.

In 2006, this volunteer response model became known as Hands On Disaster Response (HODR), and for four years empowered thousands of volunteers worldwide .

To eliminate confusion with other organizations whose names were too similar to Hands On Disaster Response, in September of 2010 HODR adopted the name All Hands Volunteers. The name All Hands Volunteers is also recognition that we will use our powerful "empowered volunteer" model beyond the initial response phase of a disaster, and also that we may have opportunities to launch projects in areas with great need without the triggering event of a major disaster.

Mission: All Hands Volunteers is a US-based, 501(c)3 non-profit organization, that provides hands-on assistance to survivors of natural disasters around the world, with maximum impact and minimum bureaucracy. By supporting volunteers with housing, meals, tools, and organized work at no charge we are able to provide free and effective response services to communities in need. Our programs are directed by the needs of each community in which we work, ensuring a timely, relevant, and culturally sensitive response.
Social
Website
Causes
Community Disaster Relief General Education Environment International
GivePulse
4 People | 0 Impacts | 0 Hours 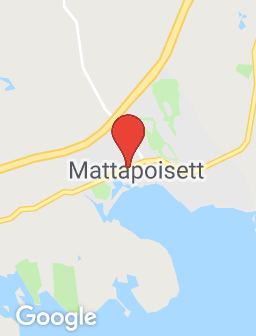