Our mission is to put the “public” in public policy. We provide the information, process, and safe, neutral space where citizens can find common ground on important issues. Consensus was founded in 1984 and, in its early years, conducted citizen task forces on various issues. The most well-known impact of that work is the bi-state tax that funded renovation of Union Station. After a task force recommended use of the bi-state tax, Consensus volunteers spent ten years getting identical enabling legislation passed in Missouri and Kansas. In 2013, Consensus reached out to the national team working with the White House to begin a dialogue on mental health. We had worked with the organizers on other projects, and were meeting with local mental health leaders about how to engage the public on the issue. Two weeks later, two mayors had agreed to co-sponsor and we had raised more than the $100,000 required to be included in the launch of Creating Community Solutions. Just four months later, we convened 310 participants and dozens of volunteers for a day-long action planning session. The event was so successful that a lead funder asked us to conduct a similar event the following year. In addition to those projects, we have consulted with a local mayor’s office on the design and facilitation of three public engagement projects, conducted large-scale public engagement for libraries around the country, and assisted municipalities and nonprofits who need to hear from their constituents or clients.

Consensus encourages civility across political and other boundaries, because incivility is a barrier to finding solutions to challenging issues. We offer annual awards to institutions and individuals who have taken the high road in public life. We also offer a one-day class in how to engage the public in a way that finds common ground for action, and offer a four-day certificate program on public engagement presented by the KU Public Management Center. Consensus conducts deliberative public events working with groups such as the Kettering Foundation, MacNeil/Lehrer Productions and other national leaders in deliberation. Deliberation allows people to work in small groups to learn about an issue and consider the tradeoffs and consequences of different ways to address it.
Social
Website
GivePulse
1 Person | 0 Impacts | 0 Hours 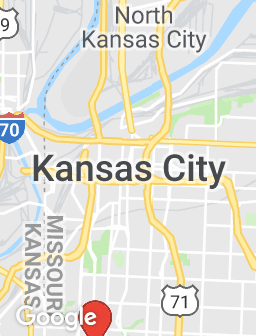