CASA of Brown County is a 501(c)(3) non-profit organization that recruits, screens, and trains everyday citizens from the community to be the voice of abused and neglected children in the courtroom, seeking to ensure them a safe and permanent home. Often referred to as the ?eyes and ears of the court,? CASA volunteer Advocates are assigned by juvenile judges to advocate exclusively on behalf of a single child or sibling group. They conduct weekly, face-to-face visits with their child (or children), make independent, objective observations about the child?s safety and well-being, and submit a written summary report to the appointing judge each month to help that judge make decisions about the child?s permanent placement. Most importantly, CASA Advocates are often the only consistent, positive unpaid adult in the lives of abused and neglected children during a time of chaos, confusion, and hurt. ?In 1977, a Seattle Superior Court Judge named David Soukup was concerned about trying to make decisions on behalf of abused and neglected children without enough information. He conceived the idea of appointing community volunteers to speak up for the best interests of these children in court. He made a request for volunteers; 50 citizens responded, and that was the start of the CASA movement. ?Today, there are more than 75,000 Advocates serving in almost 1,000 state and local program offices nationwide. CASA programs across the country are known by several different names, including Guardian ad Litem, Child Advocates and Voices for Children. Since the inception of CASA advocacy, volunteer Advocates have helped more than 2 million children find safe, permanent homes in which they can thrive. ?CASA of Brown County, Inc. is one of seven programs that make up the Wisconsin CASA Association. Our program serves one court jurisdiction, the Brown County Circuit Court, which has eight branches. The circuit court follows a two-year rotation with two different judges rotating into juvenile court during each new rotation. Currently, the Honorable Thomas J. Walsh and the Honorable John P. Zakowski preside over all child abuse and neglect hearings. ?In Wisconsin, children who are the subject of abuse and/or neglect proceedings fall under Chapter 48 of the state statutes, the Children?s Code, and are deemed to be Children In need of Protection and Services (CHIPS). ?Our program serves abused and/or neglected children from pre-birth to 18 years of age who have been adjudicated to be CHIPS and who have been placed under dispositional orders by a Brown County Juvenile Court judge. The Brown County Circuit Court also has jurisdiction over cases involving children from the Oneida reservation. ?The children we serve are all under orders issued by the Brown County Circuit Court. However, because some of them live outside of the county, our volunteer Advocates sometimes serve children who may actually be living in other counties. We serve CHIPS children living with their parents, in relative placements, in foster homes, in group homes, and in residential treatment facilities.
Social
Website
GivePulse
1 Person | 0 Impacts | 0 Hours 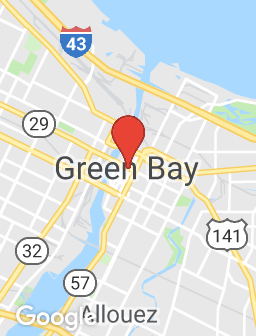