Chicago Youth Shakespeare (CYS) is a non-profit organization dedicated to providing Shakespeare education, outreach, and performance opportunities to Chicago area high school students. Inspired by programs such as Young Chicago Authors Louder Than A Bomb, the Globe Theatre Centres Shakespeare Through Performance Institute, and the Shakespeare in Schools initiative in New York City schools, Chicago Youth Shakespeare seeks to give young people across diverse backgrounds the opportunity to engage actively in Shakespeare through performance. Students who participate in CYS programs will develop not only a deeper understanding and appreciation for Shakespeare, but also for themselves and their connection to others.

The Chicago Youth Shakespeare Company (CYSC), is a performing Shakespeare ensemble of high school actors, ages 14-18. Students chosen to be part of CYSC participate in weekly rehearsals, followed by a series of public performances and outreach performance workshops at select area high schools.

2. The Battle of the Bard Competition

Modeled after Young Chicago Authors "Louder Than A Bomb" teen poetry slam, CYS will host an annual Battle of the Bard: a series of competitive Shakespeare slam events during the month of January, open to high school teams and individuals throughout the Chicago area. Battle of the Bard participants will prepare material for five brawls, or rounds of competition in the following categories:

Registered teams and their coaches receive resources from CYS to help them prepare for the competition, including specific guidelines for each of the five "brawls" or slam categories and free admission to the CYS Workshop Series during the months leading up to the competition.

Additional resources for Battle of the Bard participants will include methods for interpretation and performance prepared specifically for CYS by Louis Fantasia, author of Instant Shakespeare, online guides to the plays and sonnets, and access to the Bard Blog, where students can read, comment, post questions, and get answers from CYS staff members.

Driven by our mission to empower students to take an proactive role in fostering greater edcuational opportunities for themselves and for all students throughout the community, CYS has created opportunities for registered teams to raise sponsorship dollars through their participation in the competition. Each team's sponsorship funds will go directly toward supporting literary and performing arts programming at their school. Additionally, teams may raise funds on behalf of a "sister school", (a Chicago area public high school in an underserved area).

Led by guest clinicians (professional actors, directors, and teaching artists), CYS workshops will focus on various aspects of Shakespeare performance, including voice, movement, text analysis, and stage combat, and are free of charge to registered Chicago Youth Shakespeare participants, teachers, and coaches. CYS plans to offer at least ten workshops during the months leading up to the Battle of the Bard competition, run and supervised by experienced theatre professionals. Locations for CYS Workshops will rotate among various community centers, schools, performance spaces, and other locations throughout the Chicago metropolitan and suburban areas to provide accessibility to all interested participants. Specific venues for workshops have been researched and identified, and will be confirmed dependent upon the geographic locations of participating students and schools.

Mission: Chicago Youth Shakespeare (CYS) is a non-profit organization dedicated to providing Shakespeare education, outreach, and performance opportunities to Chicago area high school students. CYS is founded on the belief that the most authentic way to empower young people artistically and academically is to provide them with opportunities to inspire and be inspired by one another.
Social
Website
Causes
Arts & Culture Children & Youth Community General Education
GivePulse
3 People | 0 Impacts | 0 Hours 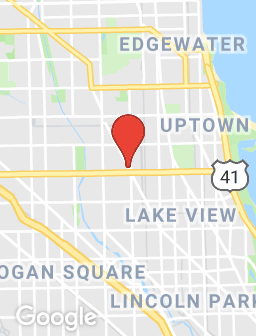