Our vision is that all children receive the developmental services they need to live their best life.

Our mission is to enable infants, children and adults with disabilities to achieve their maximum independence, and to provide support for the families who love and care for them.

In 1942, a group of passionate volunteers came together to respond to the struggles of children with disabilities. They founded an organization called the Illinois Association for the Crippled, DuPage Chapter, which provided in-home services to 15 children and families. In 1952, this chapter joined the Easter Seals affiliation to become an official agency - Easter Seals DuPage – and opened a small outpatient treatment center serving the Villa Park and Lombard area. Over the next three decades, the agency grew steadily in the number of children it served and the therapies and services it provided.  In December 1984, Easter Seals DuPage moved into a larger facility in a former public school building.  The number of children served continued to grow, and our organization eventually outgrew this space.  In 1999, after the completion of a capital campaign, Easter Seals DuPage opened the doors of its new, 31,000 square foot state-of-the-art facility.

In order to serve the growing number of children with developmental delays and disabilities in the Naperville area, the Lee A. Daniels Center in Naperville opened in September 2001. In 2005, we assumed service responsibilities for children receiving therapy at the Jayne Shover Center in Elgin and became Easter Seals DuPage & Fox Valley. 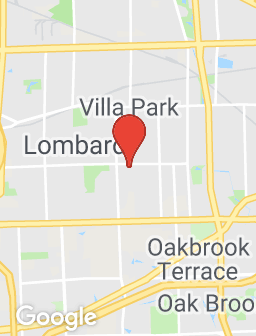