The Leary Firefighters Foundation provides funding and resources for fire departments to acquire the best available equipment, technology and training necessary for the health and safety of firefighters and in turn, the public they serve. Founded in 2000 by actor Denis Leary in response to the 1999 Cold Storage Warehouse fire tragedy in his native Worcester, Massachusetts, LFF has raised more than $10 million for first responders in Worcester, Boston, New York, New Jersey and New Orleans. The Foundation has also distributed more than $1.9 million to the families of the 343 firefighters who lost their lives on September 11th, 2001.

After the devastation of Hurricanes Katrina and Rita in 2005, the Foundation rebuilt 11 firehouse in flood-ravaged New Orleans. Seven years later, the Foundation took lessons learned there to establish the Leary Firefighters Hurricane Sandy Relief Fund for firefighters in the areas affected by the storm, marking the first time the LFF funded individuals along with volunteer and union department personnel eligible for the program.

Funds raised since the LFFs inception have financed the construction of a new burn tower and training facility to serve the fire departments of Worcester and central Massachusetts, as well as the purchase of a Tactical Command Vehicle for the Boston Fire Department and a Mobile Command Unit for the FDNY. Projects funded also include a high-speed fire rescue boat for the Boston Fire Departments protection of Boston Harbor and a state-of-the-art, $4.5 million High Rise Simulator dedicated in 2008 to the FDNY training campus in Randalls Island, to support their training in combating potentially catastrophic high rise fires. In 2012 the Foundation dedicated to the Worcester Fire Department a new Special Operations truck to haul a new foam trailer and technical rescue trailer containing vital equipment necessary to perform trench and other problematic rescue efforts. 2013 and beyond bring focus to the needs of the Detroit Fire Department. LFF along with the efforts of the documentary 'BURN will donate much needed new equipment to Detroit.

At a time when our governments resources are focused on homeland security, little has been allocated to increase the budget of our first responders. The Leary Firefighters Foundation is dedicated to filling the gaps between the limits of government funding and the vital need of fire departments.

With the addition in 2013 of our sustaining partner, GUINNESS, LFF continues to fund the front end of the fire and provide resources to the fire service community. In 2013 the Foundation look to work in concert with like- minded organizations such as All Hands Working, Beyond Lucid Technologies, and others with the common goal of supporting firefighter health and fitness, technology, training and equipment needs.
Social
Website
Causes
Community Emergency & Safety
GivePulse
1 Person | 0 Impacts | 0 Hours 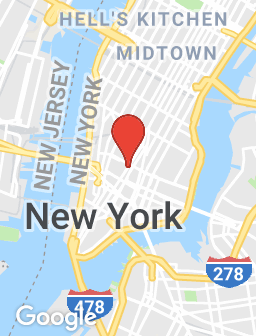