The Mission of The National MS Society: People affected by MS can live their best lives as we stop MS in its tracks, restore what has been lost and end MS forever.

Multiple Sclerosis is a complex, unpredictable, and often debilitating disease for which there is no cure. Multiple sclerosis (MS) involves an immune-mediated process in which an abnormal response of the body’s immune system is directed against the central nervous system (CNS), which is made up of the brain, spinal cord and optic nerves. The exact antigen — or target that the immune cells are sensitized to attack — remains unknown, which is why MS is considered by many experts to be "immune-mediated" rather than "autoimmune."

The Society was founded by Sylvia Lawry in 1946. Ms. Lawry was attending Hunter College in New York City with the aim of becoming a lawyer when her younger brother Bernard began experiencing visual and balance problems. They proved to be early symptoms of MS. For several years, the family pursued cures without success, ultimately leading her to place a small classified notice in The New York Times in 1945: “Multiple Sclerosis. Will anyone recovered from it please communicate with patient.”

When the more than 50 replies she received were from individuals as desperate as she to find encouraging news about MS, Sylvia Lawry realized the need for an organized effort to stimulate and finance research into the cure, treatment, and cause of multiple sclerosis. The result was that on March 11, 1946, Ms. Lawry, a lone young woman, gathered 20 of the nation's most prominent research scientists and founded what would become the National Multiple Sclerosis Society. Over half a century later, there are chapters all over the country, one of which is here in Austin, Texas. Diverse education, counseling, self-help, equipment loan, advocacy, and referral programs have been introduced with the help of dedicated volunteers and grassroots event-based fundraising.
Causes
Health Persons with Disabilities
GivePulse
1 Person | 0 Impacts | 0 Hours 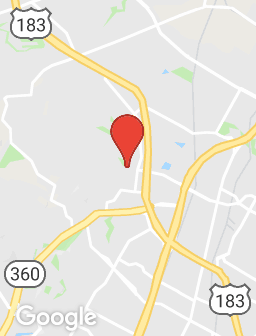