OccupyWallSt.org is the unofficial de facto online resource for the growing occupation movement happening on Wall Street and around the world. We're an affinity group committed to doing technical support work for resistance movements.

We are comprised of individuals who have been promoting the efforts of the #occupy movement since before September 17th. Many of us are day one organizers who are media or NGO workers, unemployed at the time of the occupation call, and built tools immediately to service the movement. In our team are programmers, writers, photographers, graphic designers, movers and shakers who have created some of the most revered media of #occupy which include the We Are the 99 Percent tumblr blog (selected as "MicroBlog of the Year" at the 2012 Shorty Awards by Tumblr founder David Karp), OccupyWallSt.org (Primary source for information on plugging into #occupy), Occupy Together (partnered with Meetup.com to provide a simple platform for organizing demonstrations and outreach efforts), and The Occupied Wall Street Journal (called the "newspaper of record" for #occupy by The New Yorker). OccupyWallst.org was registered and created in July, 2011 shortly after the call from Adbusters. The founder, Justine Tunney, is also a founding member of the NYCGA Internet Working Group (which later became Tech Ops). Prior to September 17th, Justine and the team at occupywallst.org built a forums area, chat, and mapping features that were integral for people coming to #occupywallstreet from outside of New York City. A phone number was created and staffed by five people to answer all of the press calls that came in as well as answering questions about donations and ways to support from afar. OccupyTogether.org was founded early in the #occupy movement. Within 48 hours the site began to go viral reaching over 18k page "likes" in the first week and 1.77 million post views. since then it has continued to assist in organizing efforts by reaching out to communities outside of NYC. The Occupied Wall Street Journal was published in the first three weeks of the Zuccotti Park occupation. The paper became one of the strongest outreach tools and now provides content for several web outlets, including The Nation among others. These three media destinations have been sharing skills, content, and resources since being founded. Decisions are made democratically and responsibilities are shared.

Occupy Wall Street is a people-powered movement that began on September 17, 2011 in Liberty Square in Manhattans Financial District, and has spread to over 100 cities in the United States and actions in over 1,500 cities globally. #ows is fighting back against the corrosive power of major banks and multinational corporations over the democratic process, and the role of Wall Street in creating an economic collapse that has caused the greatest recession in generations. The movement is inspired by popular uprisings in Egypt and Tunisia, and aims to fight back against the richest 1% of people that are writing the rules of an unfair global economy that is foreclosing on our future.

Do you work for OccupyWallst.org? Want to manage this group? Claim it now! 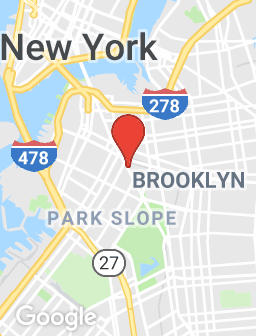