The Imperial Court of New York, Inc. is part of this proud tradition. The Court is a social, fund raising organization, (most notably through the annual Night of A Thousand Gowns) with 501(c)3 status for Federal and local tax purposes, and has donated back into the community more than $750,000 to both social service organizations and AIDS support groups, including:

The Court is also a favorite attraction as a part of many community fund raising events. They have been invited to participate by the following organizations, (among many others):

-The Heritage of Pride Rally

The Imperial Court of New York is, above all, the members: The Emperors and Empresses, Princes and Princesses, Dukes and Duchesses, and the leagues of uncommon courtiers are imbued with a sense of fun, a sense of the fabulous, and a sense of duty to our community.

Mission: THE PURPOSES FOR WHICH THIS CORPORATION HAS BEEN ORGANIZED ARE AS FOLLOWS: TO RAISE FUNDS, INCLUDING BUT NOT LIMITED TO, THE GAY, LESBIAN, BISEXUAL AND TRANSGENDER (HEREINAFTER REFERRED TO AS GLBT) COMMUNITY, HIV/AIDS ORGANIZATIONS, SOCIAL SERVICE ORGANIZATIONS, AND YOUTH ENRICHMENT PROGRAMS; TO PROVIDE A SAFE, SOCIAL ENVIRONMENT FOR PEOPLE WITH THE SAME INTEREST AS THOSE OF THE CORPORATION; AND TO CREATE AND PROMOTE POSITIVE COMMUNITY AWARENESS OF THE IDEALS OF THE INTERNATIONAL COURT SYSTEM.
Social
Website
Causes
Children & Youth Health Homeless & Housing LGBTQ+ Older Adults
GivePulse
1 Person | 0 Impacts | 0 Hours

Do you work for Imperial Court of New York, Inc.? Want to manage this group? Claim it now! 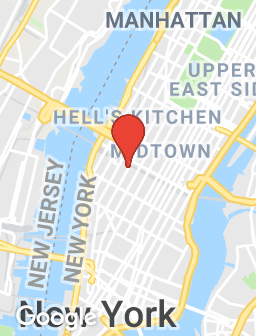