Register to Vote!
October 23rd is Vote Early Day! Check out these voter engagement tips to learn more about how to encourage your community to participate.
Skip to Main Content

OversightNet proceeds from the Foundation's fundraising efforts will be distributed as follows:The Foundation's annual World AIDS Marathon: 100% to AIDS and cancer projects as noted on the Projects We Support webpage for Research, Living Aid and International.The Foundation's annual 5K AIDS/Cancer Run/Walk: 100% to AIDS and cancer projects as noted on the Projects We Support webpage for AIDS and Cancer Projects in Long Island, New York. Toiletry/gift items will be collected for people living with HIV and or cancer, and toys will be collected for children living with cancer.FundraisingIn 2005, the main fundraising vehicle was the annual World AIDS Marathon, the 5K Fun Walk, and Conference/Exhibits in Gainesville, Florida. Funding for these events was sought from corporations, other Foundations, individuals, race entry fees and fees to attend the conference/exhibit. To the largest extent possible, donations of goods and services were also sought. The truth of the matter was that no money was raised and the Event cost the Foundation money. For 2006 through 2010, three World AIDS Marathons did occur and money was donated to almost all the charities listed on the Foundation website.How and Why the Foundation Came Into BeingIn 1997, Richard M. Brodsky was diagnosed HIV-positive. Later in 2002, Richard suffered a seizure whose root cause turned out to be brain cancer unrelated to his HIV). He then underwent months of treatment for that, recovering in time to run the 2003 New York Marathon. Upon completing the Marathon, it occurred to him that he owed his life to the excellent medical care we have here in the United States - and felt there was no good reason why people in poorer countries shouldn't be afforded the same type of care. Thus, the seeds of the Foundation were planted. Even though the Foundation had not yet received its non-profit status, in 2004 Richard organized the World AIDS Marathon in Mbita, Kenya, whose proceeds helped to partially fund an AIDS orphanage there.The Richard M. Brodsky Foundation exists to raise awareness of HIV/AIDS and Cancer, and to continue to provide outreach programs that impact the lives of individuals living with HIV/AIDS and Cancer.

The Richard M. Brodsky Foundation has partnered with the White House to become a Certifying Organization for the President's Volunteer Service Award, a national program recognizing Americans who have demonstrated a sustained commitment to volunteer service. This National Award is issued by the President's Council on Service and Civic Participation, to help foster and encourage a culture of volunteer service and civic participation among Americans. We encourage everyone to get involved and to encourage your family, friends and neighbors to create opportunities to change our local and global community. Together, we can make difference one life at a time. Please contact us for more information about partnering with the Richard M. Brodsky Foundation. 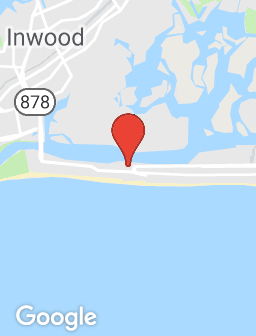