UHAB is a private, nonprofit corporation that was formed in 1973 to support innovative solutions to New York City's housing crisis. In the midst of housing abandonment and neighborhood deterioration, UHAB set out to help low-income community residents gain control over abandoned and city-owned buildings and become cooperative homeowners with a long-term stake in their neighborhoods. Today, UHAB continues to create, support and sustaing limited equity co-ops that remain affordable for generations to come.

UHAB has helped guide 30,000 households in 1,627 buildings in New York along the path to homeownership by providing training, support services, and hands-on assistance needed to own, manage and sustain co-ops over the long term. These co-ops have been extraordinarily successful in providing good-quality, affordable housing for families with an average income between 50% and 80% of the median.

UHAB's main focus is not on bricks and mortar, but on people with an emphasis on using the self-help principle as a catalyst for leadership development and broader community change. Having successfully taken control over their housing, many tenant leaders have gained the confidence and skills to tackle broader social problems in their neighborhoods. The stability and low housing costs offered by co-op ownership have given residents the opportunity to advance their education, start their own businesses, and climb the economic ladder.

Secures funding and completes renovation on buildings where reesidents have elected to become co-ops. UHAB has over 96 buildings with 1,956 units scheduled for gut rehabilitation and reconfiguration that, after completion, will be returned to residents to manage and own.

Training: Offers 365 training classes and seminars annually on all aspects of co-op management from UHAB's neighborhood Training and Resource Centers in Lower Manhattan, Harlem, Brooklyn and the Bronx.

Co-op Preservation: Assisted 18 co-ops to obtain forgiveness for $4.6 million in back real estate taxes, packaging nearly $14.9 million in 8A/PLP loans for major repairs and capital improvements, and securing over $5.5 million in private loans and weatherization grants. 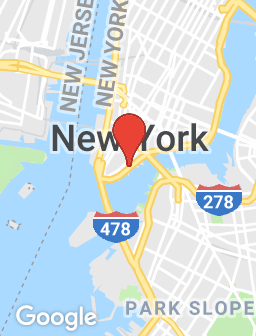