Townsend is a non-profit organization which operates after-school and summer programs for children and opens its recreational facilities to teens on weekday evenings. The Townsend Center tries to help improve the civic, educational, recreational, and economic lives of children and adults of Richmond and Wayne County regardless of race, creed, or color. The Townsend Community Center has historically served the minority and impoverished population of Richmond and houses many resources for these groups in its building. The Townsend Community Center (TCC) has provided safety and security to this historic neighborhood in Richmond since 1921 and in the current facility since 1963. Providing access to recreation, community support services, training, and education to a historically underserved population, the Center is the symbolic heart of North Richmond. The neighborhood is in need of a strong, stable, and forward-moving revitalization if it is to retain its historic identity and become a strong participant in the economic development of this city. TCC is striving to place itself into the hearts of the neighborhood, the community, and the city by bringing the new, 21st century of education, training, community support and social empowerment to North Richmond and this city. Townsend Community Center's mission is to promote and empower educational success, community engagement, economic development, and social justice for current residents of the local community, as well as the under-served or under-represented populations of the larger Richmond community. Volunteer positions include: mentor children, tutor children in math and reading, help in-game and computer rooms, monitor activities in the gym and teach sports, supervise during teen nights. BLUE (Black Ladies United at Earlham) coordinates a mentoring/support group for female teens.
Social
Website
GivePulse
12 People | 249 Impacts | 805 Hours 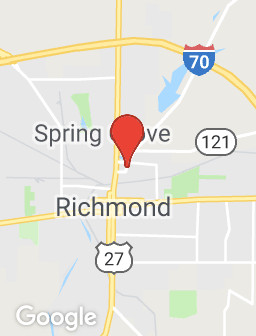