The Parkinson’s Foundation makes life better for people with Parkinson’s disease by improving care and advancing research toward a cure. In everything we do, we build on the energy, experience and passion of our global Parkinson’s community. Background The Parkinson’s Foundation was formed by the merger of the National Parkinson Foundation (NPF) and the Parkinson’s Disease Foundation (PDF), both established in 1957, with offices in New York and Miami. In June 2017, the foundation marked the 200th anniversary of the publication of, “An Essay on the Shaking Palsy,” by James Parkinson and the 60th anniversary of the Parkinson’s Foundation. For a full list of our Board of Directors and Leadership, click here. “Parkinson’s Foundation investments have played a part in many of the major scientific advances of the past 60 years, improving lives worldwide. Yet there are 10 million people living with Parkinson’s disease who urgently need better treatments and care,” said John L. Lehr, chief executive officer, Parkinson’s Foundation. “We mark our anniversary by reflecting on key successes and recommitting ourselves to creating a world without Parkinson’s disease.” Our Promise The challenges of living with Parkinson’s disease, improving care and finding a cure can seem overwhelming. No individual or group can go it alone. We are the Parkinson’s Foundation. A community. An alliance. A movement. Where people living with Parkinson’s, families, caregivers, scientists, advocates, donors and volunteers join forces to improve lives and advance toward a cure. For over half a century, we’ve made tangible progress on all fronts, from the largest clinical study of Parkinson’s ever, which has significantly improved care, to breakthrough treatments. Today, we continue to: Provide life-changing support to people living with Parkinson’s and their caregivers Fund game-changing research on treatment and care Convene the best minds from every corner of the global Parkinson’s community to find new approaches that enhance care and move us closer to a cure. Everything we do is based on experience and informed by facts. The people we serve deserve nothing less than the highest level of support based on validated research and deep encouragement grounded in reality. Our donors and volunteers need to know that we are 100% accountable. This is why we focus on verifiable outcomes, not vague promises. In partnership with the entire Parkinson’s community, we are making a real difference in people’s lives. And we have the research, the data – and the stories – to prove it. This is what happens when we all pull together as one global, determined and inspired movement. Better Lives. Together. Our Values Excellence: We strive to achieve outstanding results by listening and learning from the Parkinson’s community. Team Work: We bring together and embrace different perspectives, skills and knowledge. Collaboration: We partner with a diverse group of stakeholders who share our purpose and urgency. Integrity: We are honest, accountable and transparent with each other and with the people we represent to achieve our mission. Positivity: We lead with optimism and always work to find solutions to problems. Dedication: We are honored to do this important work and approach each day with a renewed focus until all those affected by Parknson's have access to the care they need and a cure is discovered. Responsiveness: We build relationships through trust in order to meet and support the needs of people living with Parkinson’s and their families.
GivePulse
7 People | 4 Impacts | 4 Hours 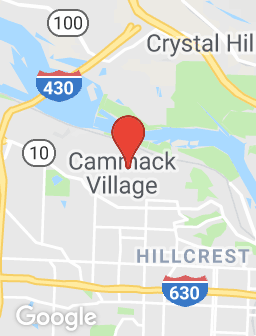