Silversword Media Corporation (SMC) is, at its core, a non-profit media and education company producing educational media and programs covering a wide range of subjects. The plans include the development of a virtual museum and archive exploring the various subject matters. SMCs activities are designed to increase the capacity and effectiveness of the material in this repository. SMC engages in a variety of activities to accomplish this goal. These activities are presented in the following paragraphs. Some are in progress building on what has already been accomplished. As these actions are completed, SMC will move forward in its plans for the future. All of these areas of activity; past, present and future, are described in the following narrative.

In the previous year SMC has taken the necessary steps to establish the legal standing and infrastructure of the company. SMC has also taken steps to produce content for utilization by the general public.

The legal standing of SMC was undertaken in the state of California. All legal forms needed to establish the company in California were filed with the proper authorities and approved. The same process was completed with the local agencies in the County and City of Los Angeles. This includes the process of filing the appropriate material to designate the company as a non-profit and exempt from taxes. These legal forms were also filed and accepted by state and local agencies.

The infrastructure elements of SMC have been built up over the last year. The company established a mailing address and a designated email specific to the company. While office space has yet to be acquired, the company does have a phone contact site where messages can be gathered and information can be distributed to board members, officers and company personnel. A Board of Directors was formed for the company. The members of the board attended scheduled company meetings providing planning and leadership for the company. In conjunction with the recruitment of this board, SMC developed and revised bylaws and a conflict of interest policy that is adhered to by all stakeholders in the company. These documents coordinate with the business plan as written and revised by the founders of the company.

During this development stage, SMC defined and outlined its initiatives. The work on these proposals produce the educational material presented and offered by SMC. After much discussion and advisement from the Board of Directors, it was determined that initially two initiatives would be the focus of SMCs production activity. These two initiatives are titled American Arts and Heritage Trails. Informational materials that include the definition and parameters of the projects were created for these initiatives. It was also decided that the productions would contain opportunities to be offered to student interns. These would provide hands on experience in a wide range of skills including but not limited to research, writing, film production, business acumen, arts media, and many other subjects. This experience would allow them to gain on the job training as part of their education and give them practical skills to put on their resumes and help in their future careers.

A website was produced to showcase information about SMC and its products. Use of this technology and social media, such as; Facebook and Twitter, created the opportunity for news and information to be presented about the company and encouraged the viewing of educational media by the general public. The SMC website included links to the fundraising network of SMC.

SMC established bank accounts with a financial institution. This includes a business checking and savings account as well as information concerning lines of credit and payroll services. In addition to the non-profit status of the company, SMC has secured online fundraising accounts through reputable services directly tied to the companys bank accounts. This allowed for the rapid process of any and all charitable contributions received.

Lastly, SMC identified the best sources of media equipment for all aspects of production. These sources included both rentable and purchasable equipment that specialize in the area of media production and education as well as in-kind loans and donations of said equipment.

The bulk of activity currently undertaken by Silversword Media Corporation is centered on the production of media material for its initiatives. The subject mater for the initiatives have been identified and the garnering of financial resources needed to accomplish the work is a priority as we proceed with the proposal.

For the American Arts project, the first art to be explored is "American Kenpo Karate." The segments for this production are determined by the outlines in the company business plan. These include; identification of the art, history of the art, technical description of the art, comparison to similar practices, and speculation as to where the art will progress in the future. Production of the segments has commenced. Outlines for the entire project are developed and the scripts for individual segments are either in-place or in development. The gathering of media is in progress for this project, both to be used in the distributed media and for the digital archive collection. Post-production is being completed on promotional segments and editing is commencing in other areas.

For the Heritage Trails project, the first trail being studied is identified as " The Mojave Road." Permission to film at the location is secured from the appropriate government agencies. Research on several of the segments is being done in accordance with the outline of the project contained within the business plan. This involves the trail being outlined as a whole along with short segments on historically significant sites along the route. The outline and first segments are completely scripted and presently waiting for the next phase of production. Other areas of interest are established with research beginning on these locations. Elements of preproduction, such as; storyboarding and script breakdown, are underway on designated segments.

All produced material is being aligned with prescribed standards of education. Currently the subjects areas emphasized are history, geography and other social sciences.

SMC is engaged in fundraising efforts at this time. These efforts are centered on the above-mentioned productions as well as improvements in the infrastructure of the company. Methodologies utilized are outlined in the fundraising section of this application.

There is a written plan for the development and growth of the company. The areas of interest are primarily in the expansion of media content, increase in the level of infrastructure elements and a broadening in the scope of educational material.

The projects identified as currently in production will be completed and new focus proposals will be identified. These latest strategies will then be researched and produced by the company staff following the guidelines presented in the company business plan. This procedure allows the current initiatives as well as future proposals to be ongoing programs that meet the interest and needs of the public, thereby creating a permanent presence for SMC in the educational media community.

A dramatic expansion of infrastructure is planned to accommodate the growth of SMC. First on this list is an upgrade in the official website. The site will become a ready distribution site for media material of all the initiatives. In addition, there will be the inclusion of interactive elements of the initiatives and the access to greater fundraising opportunities. These funding opportunities will include easier handling of large gifts and membership options on a variety of levels.

The current initiatives focus on the social sciences, particularly history and geography. This will be expanded in the near future to cover the entire curriculum including math, science and the humanities. There is a planned expansion of vocational training that can provide students with class credit and hands-on experience that will translate to potential jobs. Currently the focus is on the area of media production and education. The plans in the future are to focus on a wide variety of skills that will be used in the companys educational productions as well as in other industries.

There are many long-term plans for SMCs involvement in a variety of areas. For the purpose of clarity and brevity this narrative focused only on those that are predicted to be implemented in the near future.

Mission: Silversword Media Corporation generates both fiction and non-fiction multimedia productions that are offered free of cost to instructors, educational facilities and groups interested in furthering the knowledge of their members or students. These productions involve traditional forms of artistic expression as well as new media technology for the purpose of both entertainment and education. The creation of these products includes the training of students interested in entering the media production and educational fields by providing them with the opportunity to take part in the research and development of the process.
Social
Website
Causes
Arts & Culture Children & Youth Community General Education Media & Broadcasting
GivePulse
1 Person | 0 Impacts | 0 Hours 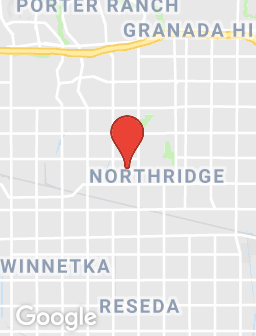