Voice for the Animals Foundation

Helping Friends: The Helping Friends Program gives seniors, people with disabilities, terminal illnesses, and individuals on fixed incomes the extra support they need to care for their animals, who often are their only companions. If you need assistance from the Helping Friends program call our Hotline at 310-392-5153.

Working Cat: The Working Cats Program relocates sterilized and vaccinated feral cats who would otherwise have been euthanized at the shelter to places that have problems with rats. The rats are repelled by the cats' odor and leave. Compared to the methods that are most commonly used to control rats, this method proves to be effective, humane and environmentally friendly. It is a win-win-win situation!

Los Angeles Zoo Watch: Voice for the Animals Foundation (VFTA) has been working on L.A. Zoo issues, with a focus on elephants, since the 1990s, holding press conferences and campaigning to close the Zoo's inadequate elephant exhibit. In 2003, VFTA was a major supporter of the taxpayer lawsuit to bring Ruby the elephant back to the Los Angeles Zoo after she had been separated from her companion of 16 years and sent to the Knoxville Zoo in Tennessee. Elephant advocates prevailed when 44-year-old Ruby was brought back in November 2004.

Rescue and Adoption: Our Rescue, Rehabilitation and Adoption Program was created as a safety net for elderly companion animals in jeopardy reported to our Animal Assistance Hotline. Although we always try to help people continue to care for their companion animals, there are times when that is impossible. The cats and dogs we take in are given medical attention and rehabilitation. While awaiting adoption, they are housed in local kennels or foster homes and are advertised on specialized internet websites and in local newspapers. They are also shown at our weekly adoptions.

Animal Abuse Prevention: The Voice for the Animals foundation assists with the reporting and prosecuting of animal abuse and neglect. We have taken an active role in training LAPD officers, and work closely with both the police and the city attorney's Animal Protection Unit.

Humane Education: The goal of our Humane Education Program is to sensitize young people to animal issues, and to nurture their potential for compassion towards those sentient beings who are considered "subhuman." Although the educational system offers humane education at the elementary level, very little exists at the secondary level. Considering that adolescence is the time when young people stop seeing themselves as "children" and begin to see themselves as "adults," it is imperative that the animal-abusive parts of adult culture do not become for them synonymous with "growing up."

The Political Animal: The Political Animal chronicles how animal issues are handled by various government agencies including the Mayor's Office, Police Department, City Council, Animal Services, and others. While most animal media covers the humane community's actions on behalf of animals, the Political Animal seeks to examine how the political system is and is not working for L.A.'s non-human residents. We hope that by shedding light on the inner workings of animal politics in Los Angeles, we can educate the public on the issues affecting L.A.'s animals and encourage politicians to continue their work to improve the lives of these animals.

We are presently in production of a feature-length documentary, "Elephants and Men", about elephants in captivity, directed by Jacek Kropinski. 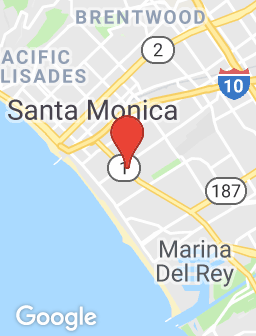