Pros vs. GI Joes is not your typical Support the Troops nonprofit organization that packages up beef jerky and toothpaste, NOPE, we are THE nonprofit organization that brings our troops a little FUN while they are fighting for us! We give them something that only they can get because they are there - a chance to go head-to-head against their favorite Professional Athlete in a game of Madden via Xbox LIVE!!

To put a picture to it...The selected troops will sit in an ultimate game chair with their battle buddies behind him (set in USO Centers throughout the Middle East), grab a joystick and get ready to play their favorite Pro who is waiting on the other end (here at home). Not only will the gameplay be played on a big screen TV but the there will be two additional TVs on the side for a live stream (video and audio) of the Pro on the other end (and the troops on the Pros end)!

We will be holding matches on a rolling basis (as the Pros become available) in addition to going on 3, 5 week cross country tours throughout the year (to coincide with the NFL, NBA, MLB seasons - match will be played at ESPN Zones throughout the country). We will also have "special event matches" throughout the year.

We have already have tremendous success, in terms of getting the right people on board (John Madden, companies, athletes, USO, etc.) which will no doubt make sure Pros vs. GI Joes is an instant success not only within the Military Communities but more so the Sports and Video Game worlds alike! Our partners/sponsors include: EA Sports, Xbox, Fathead, USO and the Arizona Cardinals! These "big wig" companies make up almost all that we need to make the first match a HUGE hit from the start! I created Pros vs. GI Joes with my wife, who is a SSG in the US Army and currently serving her second tour in Iraq, for the simple reason of wanting to give a little something to our troops that THEY can only get BECAUSE they are over in Iraq, Afghanistan, Kuwait and anywhere overseas away from there families fighting for us.

I truly believe that there are those who serve our country and those that choose not to for whatever reason (mine being that I'm just not good with taking orders), but those who do fall into the catagory with me owe it to my wife and the rest of our Armed Forces to do whatever we can to Support them!

That's where I stand - and I'm hoping I will have a long line behind me that feels the same way!

For more information on Pros vs. GI Joes and how YOU can help bring a little, well deserved FUN to our troops go to... www.prosvsgijoes.org or http://youtube.com/PROSvsGIJOES 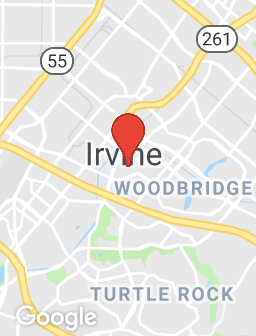