Beth Israel Deaconess Medical Center (BIDMC) in Boston, Massachusetts is a teaching hospital of Harvard Medical School. It was formed out of the 1996 merger of Beth Israel Hospital (founded in 1916) and New England Deaconess Hospital (founded in 1896). Among independent teaching hospitals, Beth Israel Deaconess Medical Center consistently ranks in the top three recipients of biomedical research funding from the National Institutes of Health. Research funding totals nearly $200 million annually. BIDMC researchers run more than 850 active sponsored projects and 200 clinical trials. The Harvard-Thorndike General Clinical Research Center, the oldest clinical research laboratory in the United States, has been located on this site since 1973. Located in the Longwood Medical and Academic Area, BIDMC has consistently been ranked as one of the best hospitals in the US by U.S. News & World Report. It is one of the largest hospitals in New England, is affiliated with Joslin Diabetes Center, and is a research partner of Dana-Farber/Harvard Cancer Center, the largest cancer institution in the country. The hospital is part of the Boston MedFlight consortium and supports a Level I trauma center through the use of its rooftop helipad. Beth Israel Deaconess Medical Center has affiliates in the Boston-area towns of Needham, Milton, Plymouth, Chelsea, and Lexington, as well as through numerous primary care practices and community health centers. BIDMC is the official hospital of the Boston Red Sox and, under the 30+ year leadership of Mitchell T. Rabkin, M.D., was the first hospital in the nation to create and adopt a Patient Bill of Rights. 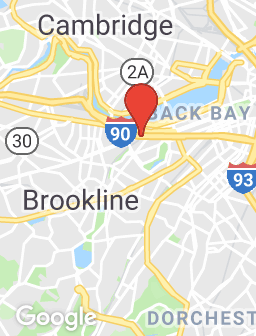