Arundel House of Hope, Inc. (AHOH) serves homeless men and women throughout Anne Arundel County, Maryland empowering individuals to seize opportunity for change and assisting with the integration from homelessness to independence.

Supported by a membership of over 50 community churches, organizations, and over 2,000 volunteers, AHOH is the only homeless services group in the county that offers a continuum of housing and support to individuals from the moment they become homeless through reintegration into permanent independent living.

Through its efforts, AHOH serves over thirty percent of the countys homeless population or over 450 individuals annually improving the quality of their lives as well as those of the residents and business community in Anne Arundel County.

Founded in 1992, AHOH began as a community movement, supported by local churches and volunteers, to address the issue of homelessness. Over the past seventeen years, AHOH has grown to encompass program offerings in several areas.

Over the next five years, AHOH plans to continue expanding in areas of job preparation, physical and mental heath treatment, and housing program offerings to these individuals in order to help alleviate and eventually eliminate the epidemic of homelessness in the county.

Mission: Arundel House of Hope is an ecumenical organization that provides emergency, transitional, and permanent affordable housing for the poor and homeless in Anne Arundel County. We are committed to provide all other support services in a professional, dignified, supportive, and respectful manner.
Social
Website
Causes
Homeless & Housing
GivePulse
1 Person | 0 Impacts | 0 Hours 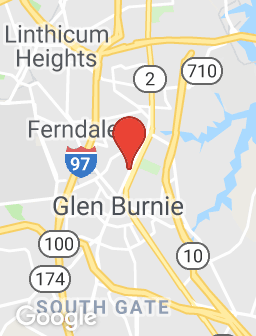