Under inspired leadership, La Jolla Playhouse has earned its place in the international theatre scene. The Playhouses brilliant and innovative productions of classics, new plays and musicals, including 66 world premieres, 40 commissions and 37 American or West Coast premieres, have merited over 300 major honors, including 29 Tony Awards for productions that have transferred to Broadway, along with the 1993 Tony Award for Outstanding Regional Theatre.

From Broadway to Moscow, a long list of Playhouse productions have gone on to other stages around the world. These include Roger Miller and William Hauptman's Big River, The Who's Tommy, Lee Blessing's A Walk in the Woods, How to Succeed in Business Without Really Trying with Matthew Broderick, Tony Kushner's Slavs!, Lifegame, Lisa Kron's 2.5 Minute Ride, Jessica Hagedorn's Dogeaters, Randy Newman's Faust, the West Coast premiere of Rent, the American premiere of Jane Eyre, the world premiere of Thoroughly Modern Millie, Billy Crystal's 700 Sundays, the Pulitzer Prize-winning I Am My Own Wife and the currently running Tony Award-winning Broadway hits Memphis and Jersey Boys. The Playhouse also presents a wide range of award-winning education programs that enrich the community and serve more than 40,000 children, students and adults each year.

The Playhouse is a not-for-profit, professional theatre in residence situated on the magnificent campus of the University of California, San Diego. La Jolla Playhouse is located on the corner of La Jolla Village Drive and Torrey Pines Road in La Jolla, California.

Mission: La Jolla Playhouse advances theatre as an art form and as a vital social, moral and political platform by providing unfettered creative opportunities for the leading artists of today and tomorrow. With our youthful spirit and eclectic, artist-driven approach we will continue to cultivate a local and national following with an insatiable appetite for audacious and diverse work.
Social
Website
Causes
Arts & Culture Children & Youth Community
GivePulse
1 Person | 0 Impacts | 0 Hours 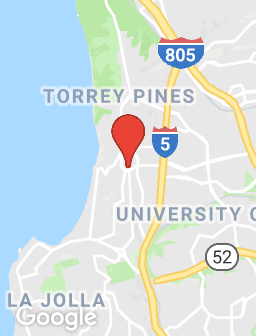