History:Why tSB is what it is today

In 1994, a young snowboarder named Jay Bateman was killed in a tragic, drug-related murder. Community members saw this event as a call to action: no longer could we sit by while kids grew up absorbing messages of consumption and competition. A group of local activists decided to create a program where young people could come together to laugh, dream, think, and explore the true meaning of community: The Service Board was born. Hard work paid off, and in January of 1995 we opened our doors to high-school students from across Seattle.

In January of 2005, growing demand for tSB from students, parents, and schools led us to launch a second program based in the neighborhood of White Center, an area that is among the most culturally diverse in the region and has one of the highest per capita populations of young people. Due to budget constraints in 2011, tSB community made the decision to unite the South End and White Center programs. Although this was a difficult decision to make, we are excited about reconnecting the two communities during our programming while we plan for an expansion of programming in our future. 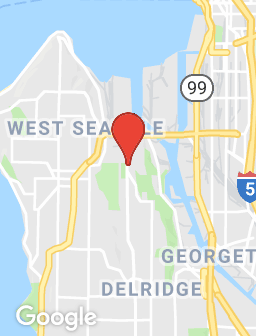