The Talented Youth is a Seattle-based socially responsible arts organization. Its mission is to encourage and acknowledge the accomplishments of young artists working in the visual and performing arts, celebrating their vision through festivals and competitions that showcase their extraordinary talents and the compelling stories they tell.

Each spring we produce The National Film Festival for Talented Youth (NFFTY- pronounced nifty), which showcases work by filmmakers 22 and under from across the U.S. and the world. NFFTY is the only Film Festival that provides young filmmakers (elementary to college age) a "full feature" festival experience with state-of-the-art venues, access to industry professionals, broad public exposure, and an inclusive atmosphere.

NFFTY takes place at the Seattle Center and includes:

68% Caucasian; 17% Asian/Pacific Islander; 8% African American; 5% Hispanic; 2% Native American (in comparison, less than 10% of Seattle International Film Festival audiences are under the age of 25; 81% is Caucasian).

Other Programs of The Talented Youth

Encouraging peace and partnerships with other countries

Special recognition given during NFFTY to films that have environmental, social justice, or peace issues at their core (highlighted by a juried NFFTY Earth Award)

Use of paperless submissions, recycled content and soy-based ink in all print material

Raising environmental, social justice, and peace awareness through educational displays and presentations at the festival.

Expanding NFFTY from a 3-day festival to a year-round program. To date NFFTY 365 has:

Negotiated Comcast On Demand broadcasting of "Best of NFFTY" films

In October 2008, NFFTY 365 will host the Seattle premiere of Go, a social justice film on Uganda from the makers of Invisible Children.

Mission: To encourage and acknowledge the accomplishments of young artists working in the visual and performing arts, celebrating their vision through festivals and competitions that showcase their extraordinary talents and the compelling stories they tell. To promote the power of film to bring positive changes to the environment , s upport social justice, and support peace and partnerships with other countries.
Social
Website
Causes
Arts & Culture Board Development Children & Youth Community Environment
GivePulse
1 Person | 0 Impacts | 0 Hours 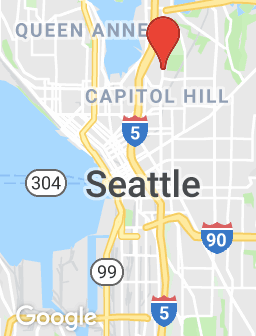