Strictly, by way of example, our most recent operating-unit field model makesenabling the American people to support and operate charitable and depressed area redevelopment initiatives in Katrina ravaged New Orleans, Louisiana, "An American Affair" for Project 76.

That is, facilitating American donations of Tax Code Section 170(e)(3), special rule, inventory and equipment to support the locally determined recovery and rebuilding priorities of the people of New Orleans.

Project 76 role will be:

Launching, administering, developing and partnering with local, national and international charitable, economic redevelopment and other initiatives, in order to guarantee sufficient new, long-term demand for inventory and equipage donations that utilize Project 76's new, "Inventory-Intermediary Operating Model," and that create and sustain the "economies of scale" necessary in order for business sector/non-profit sector collaborations to benefit the "bottom lines" of participating manufacturers.

To date, the exclusive fundraising "event" model utilized by Project 76 is "charity golf."

For example: Our second "It's A Golf Thing" effort, in as many years, will help finance a Washington, D.C., National Memorial on the Mall for the late, Dr. Martin Luther King, Jr.

It will take place over a 6 week period and culminate every year in 8 consecutive days of PGA and LPGA championship golf. Also, it boasts the Richest Purse in golf, the Richest 1st Prize in golf, and the 1st ever Pay-Equity cash prizes for male and female TOUR champions competing in separate PGA and LPGA tournaments at the same venue.

While Project 76 recognizes that the American manufacturers and innovative Wal-Marts of the world (from whom it must seek cooperation) have shareholders and are not charities, these groups are nonetheless critical to our logistics resource being able to efficiently identify, organize, catalog and deliver available resources in time to save the lives that depend on them.

For that reason, Project 76 has developed a new inventory-intermediary operating model for Tax Code, Section 170(e)(3) inventory, and has invited the Executive Office of the President to alert the Department of the Treasury and the IRS, Office of the Chief Counsel (which was done as of September 28, 2005) to the fact that Project 76 will request IRS guidance, in connection with that new model, for all American manufacturers and operating charities.

Additionally, officers at the highest levels in the offices of the National Association of Manufacturers, are equally aware in this connection.

And, for the record, prior to that IRS, Office of Chief Counsel, Project 76 will consult the Wal-Marts of the world, as well as survey American manufactures and other stakeholders for their views, experience, suggestions and operating preferences.

Also, we will endeavor to make the case for the fact, in Project 76's opinion, that the new, non-profit-sector, supply channel, given sufficient scale, will have a measurable favorable impact on the global competitiveness of the our economy because it will:

Overcome the other obstacles that have kept US Tax Code Section 170(e)(3) - as amended by the Jobs Creation Act of 2004 - from reaching what is its true potential; and because it will in the critical decade ahead,

Broaden the association of the American people with the good being done, wherever good is being done, anywhere in the world. 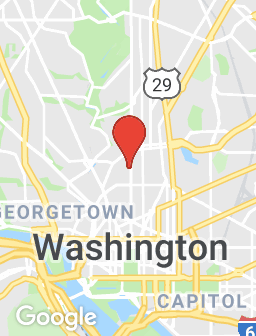