Today, Morrison Natural History Museum offers a glimpse of the first important dinosaur discoveries in Colorado including fossils from the first Stegosaurus and Apatosaurus ever discovered. The 3,000 square foot 'Fossils of the Foothills' exhibition (2,000 sq. ft. indoors/1,000 sq. ft. outdoors) offers an overview of local life history in context of area geology. Many of the fossils and fossil casts on display are touchable.

The Museum continues to actively research local Jurassic ecosystems. Recent excavations have yielded famous baby dinosaur footprints that have been featured in Smithsonian magazine and media outlets around the world.

The Morrison Natural History Museum was founded to interpret and preserve the dramatic Earth history of Morrison, Colorado and the greater Front Range. The building itself is an experiment in reuse, combining the condemned cabin of a local rancher with new materials. Volunteer labor built a foundation on Town land, and perched the cabin upon it. On October 26th, 1989 the Morrison Natural History Museum opened as an teaching museum where small groups of visitors could interact with knowledgeable guides and encounter natural history.

Since 1995, the Museum has been proudly operated by the Town of Morrison. Visitor's admission fees and Museum Shop sales help the town of less than 450 residents to offer the educational services provided by the Museum. In 2007 nearly 15,000 tourists visited the Museum or participated in outreach events: an exponential jump from the previous year.

Recently, the Museum has received international acclaim for its fossil discoveries at the historic dinosaur dig sites along Dinosaur Ridge. These excavations, supported by the Jefferson County Scientific and Cultural Facilities District (SCFD) and Aggregate Industries, have yielded a treasure trove of infant dinosaur tracks. Included in the discoveries are the first infant stegosaur and apatosaur tracks. The Museum's dig crew continues in the 130 year tradition of exploring local outcrops for clues to Colorado's ancient past. 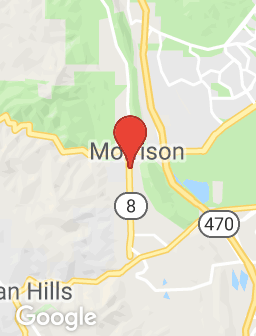