Portland Parks Foundation is a private, nonprofit organization formed in 2001, to bring new resources and expertise to the long-term stewardship of Portland's parks and park programs.

The Foundation works hand-in-hand with Portland Parks & Recreation to create a community of donors to deliver private dollars in three aspects of our urban parks: the land, the amenities, and the people.

Building collaborations that strengthen Portland's parks and neighborhoods, the Foundation has worked with donors to:

Resurface 96 outdoor basketball courts citywide with recycled athletic shoesCreate Holly Farm Park, a park in a low-income, multicultural neighborhood where 1,000 kids had no place to playPlace six bouldering walls in community centers throughout PortlandEquip parks with access for handicapped people

In the last two years alone, Portland Parks Foundation has helped to bring a number of capital projects to fruition. Projects include:

Raising more than $800,000 toward the completion of the Bill Naito Legacy Fountain at Waterfront ParkFacilitating the completion of a shelter that sheds rain and recycles water, Rainwater Pavilion at Tanner Springs ParkRaising $2 million for Simon and Helen Director Park, providing a new gathering place in the heart of Portland's downtown cultural blocks

Programs that serve at-risk children are central to the Foundation's work. Since 2003, more than $1 million in grants have been provided to Portland Parks & Recreation, specifically reaching out to Portland's unserved children.

The Foundation has been able to raise more than $10.5 million over the past eight years by recruiting and nurturing an exceptionally strong staff, Board of Directors, and Leadership Council. This team has built close relationships with generous Portlanders who are passionate about parks and want to give something back to their community.

Mission: Portland Parks Foundation was founded in 2001 to help preserve the legacy of Portland parks. The Foundations creation is a direct outcome of the Parks 2020 Vision Planadopted by Portland City Council on July 12, 2001, the most comprehensive master plan for parks and recreation since the Olmsted Report in 1903.
Social
Website
Causes
Board Development Children & Youth Community Environment Sports & Recreation
GivePulse
3 People | 0 Impacts | 0 Hours 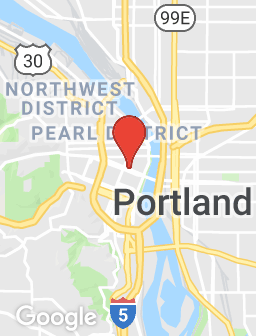